Listen: Bristol Unpacked with David Goldblatt, on how sport can help save us from climate change

David Goldblatt is an award winning sports writer and broadcaster living in Bristol. He is the author of The Ball Is Round: A Global History of Football which had been described as the “seminal football history book,”

His latest work has seen him look at climate change and its impact on sport in a report commissioned by the Rapid Transition Alliance. The remarkable results were recently covered in the guardian, BBC World Service, and BBC Radio 4.

He discusses this with Neil Maggs, and how climate change, will affect how people consume sport. And how a topic often depicted as middle class, will have a real effect on the lives of working class football supporters. Including those of his beloved Bristol Rovers.

They examine how we can get this message out to people more effectively, and how sport could be a catalyst for people to wake up and demand action is taken.

They also talk about the war against slugs.

Subscribe to the Cable newsletter below and on Spotify and Apple Podcasts to get the latest from Bristol Unpacked.

Get the latest from the Cable, direct to your inbox

« Inside: Young and pregnant in a mental health hospital for the first time

Bristol: A city of solutions

There’s already so much great work being done across the city to find solutions. Here’s just a few ...

Bristol West: What you need to know for the 2019 General Election

The race for Bristol West is on, with Green and Labour candidates both saying they’re the most deserving of the Remain vote.

The donation comes as the aviation industry is likely to come under scrutiny during the general election for its impact on the climate crisis.

Getting arrested in the name of the planet

by Sidney Hayns-Worthington on 1st October, 2019

We talk to some of the ‘Bathtub 16’ about why they spent eight hours in a bath on Cabot Circus this summer. 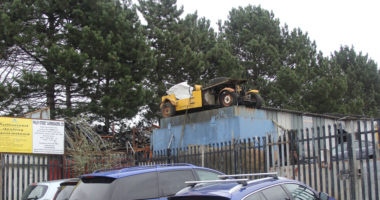 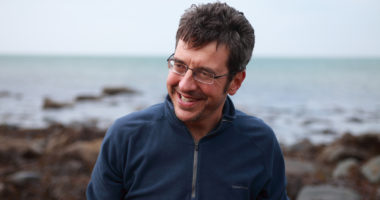 Interviews Bristol And Beyond

George Monbiot: ‘Bristol airport expansion is like a gun pointing at the heart of the planet’